In this tutorial we’ll set up a battle grid in the forest battle scene.

It’s finally time to set up an actual battle grid! This is done by using a Battle Grid component, which lets you generate a grid and change it to your needs, e.g. paint new cell types.

We’ll place the battle grid in the upper left corner of the scene.

Make sure to be exact with that position, or the grid cells won’t match up with the tiles. 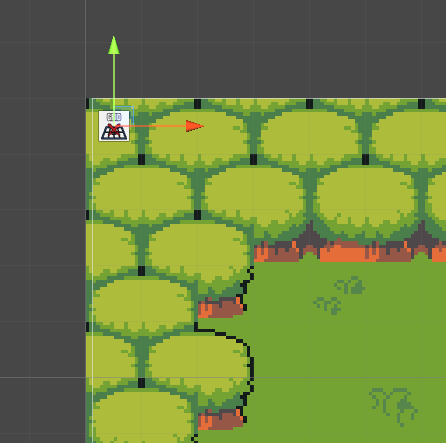 We’ll now set up how our grid should be generated. We’re creating a grid with a size of 40×30 (40 columns, 30 rows), which matches the size of the tilemap.

Grid generation uses raycasts to find positions for the cells, the individual raycasts are positioned based on the game object’s position and the cell size and offset we set up in Battles > Battle Grid Settings. With our setup, the cells should be 1 world unit away from each other, matching the size of the tilemap’s tiles.

The Raycast Settings handle which layers are used for our position raycasts when generating the grid.

You don’t see much change, but you’ll notice that there now are a lot of new child objects under the Battle Grid game object – each is one cell of the grid.

Now, let’s turn on showing the grid in our scene view. 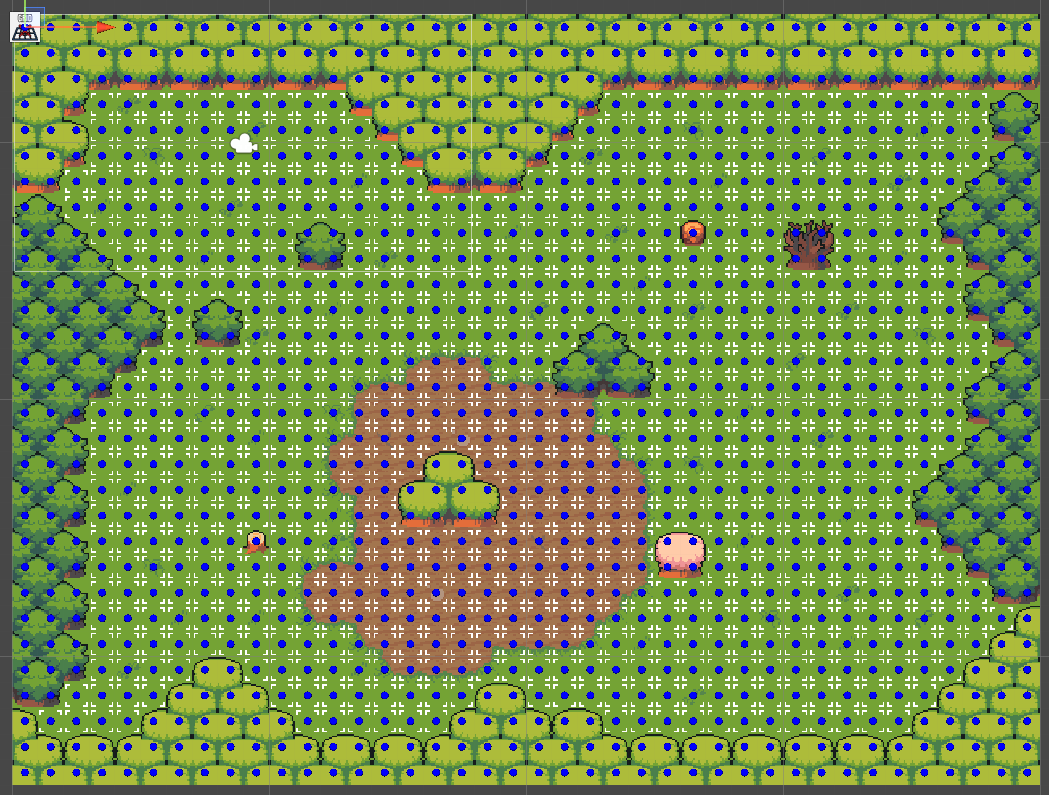 Now it’s time to do some grid painting, we want to change/add the following things.

The Grid Setup in the inspector has the Mode setting, which lets you change the current grid editing mode:

We’ll change to the Paint mode. You can paint on cells using the left mouse button – holding it down let’s you keep painting while moving the mouse.

You can select 2 cell types, one for regular painting and one for holding shift while painting. Additionally, you can pick a cell’s cell type for painting by holding down CTRL when clicking (and shift + CTRL for the shit cell type).

When switching to Paint mode, you might notice that the cell handles switch to grey – while painting, your currently selected cell type for painting impacts the color of the handles. Cells that have the selected cell type (or shift cell type while holding shift) will be colored blue, otherwise grey. This makes it easy to see what we already painted.

Now, we’ll paint a few cells for player placement using the Player Spawn grid cell type, we’ll let the player spawn in the small area in the upper left corner of the scene, where we also placed the Battle Grid. 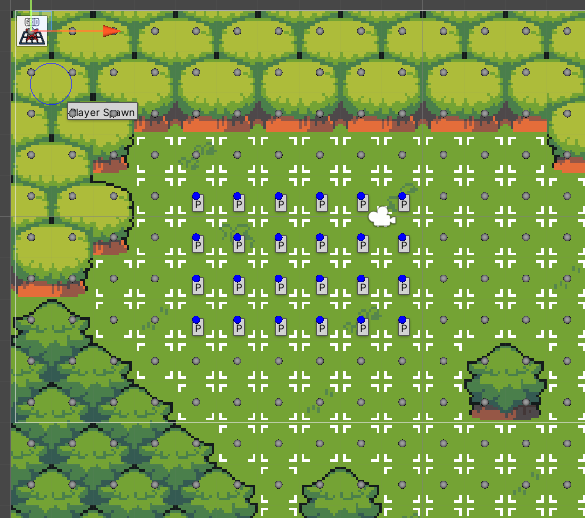 The P label marks these cells as player deployment cells.

Paint a few cells in the lower right corner of the scene. 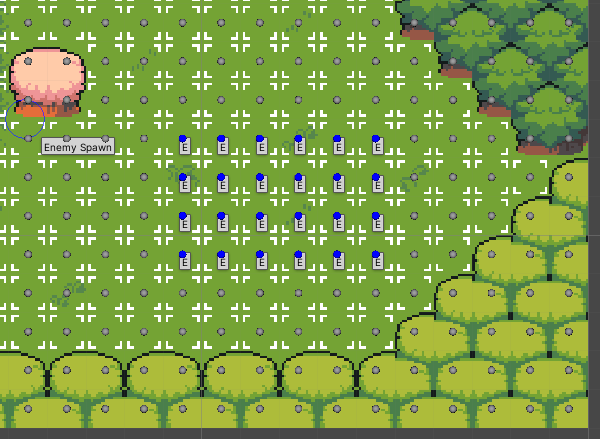 The E label marks these cells as enemydeployment cells. 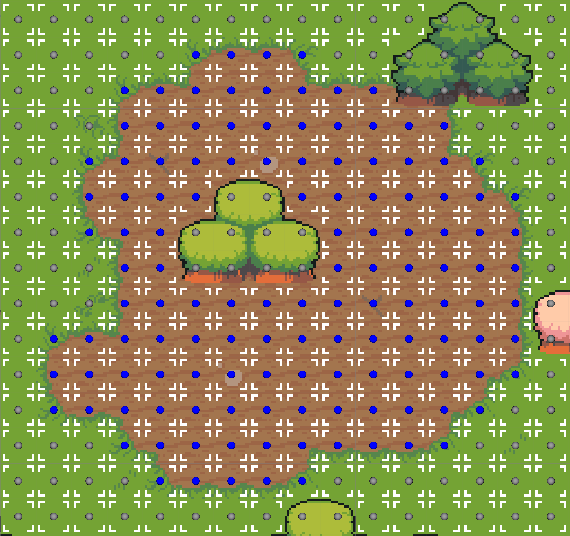 We have our player and enemy deployment cells – these are used for the combatants that are coming into battle, e.g. from enemies defined in a Battle component.

However, we can also directly place combatants on cells, so let’s add 2 combatants and deploy them directly on cells.

Select a cell in the center of the area left of the brown area.

We now have an individual cell selected, which allows us to change settings of that cell. We’ll add a custom deployment setup for the cell. 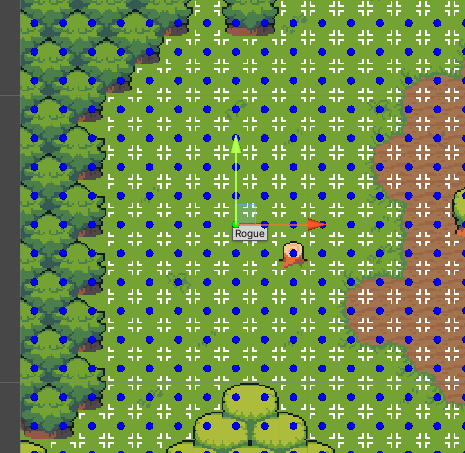 Select another cell in the upper right corner of the scene. 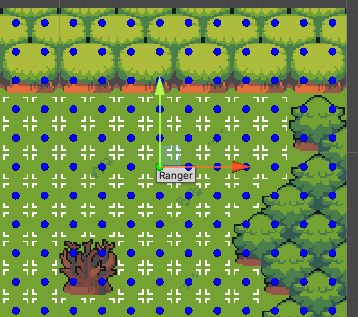 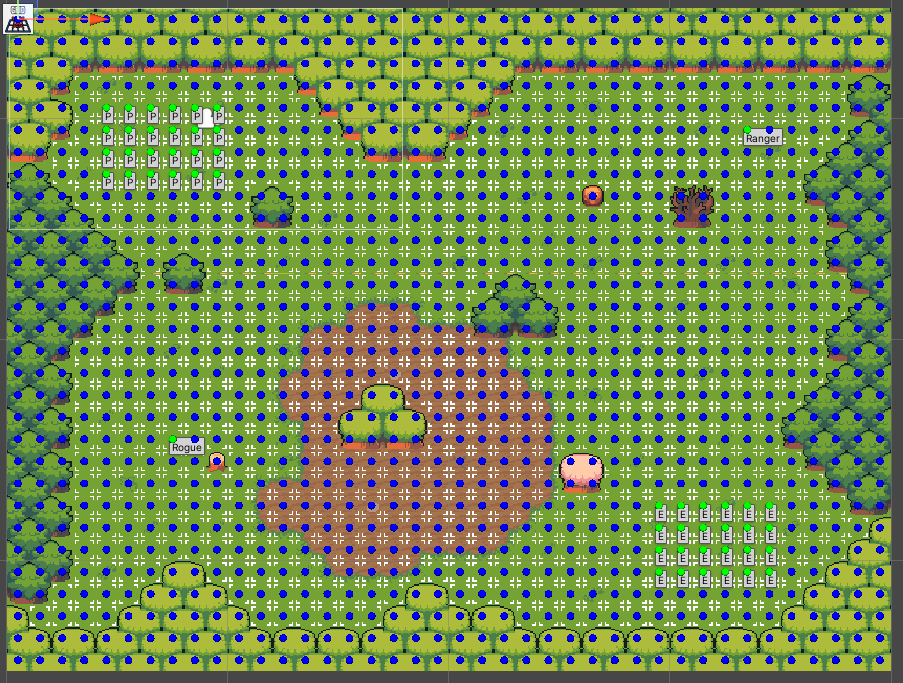 We’ll now add a battle to the scene.

You can either use the scene hierarchy context menu (ORK Framework > Battle > Battle (None)) or the Makinom scene wizard (Create Game Object > Battle (None)) to create a ready-to-use battle. We’re using the None variant because we don’t want to start the battle by entering a trigger, we’ll set it up to automatically start when we load into the scene.

Add the battle in the player spawning area – remember, our battle start schematic will use the battle as camera target, and that’s the area we want to show when starting the battle. 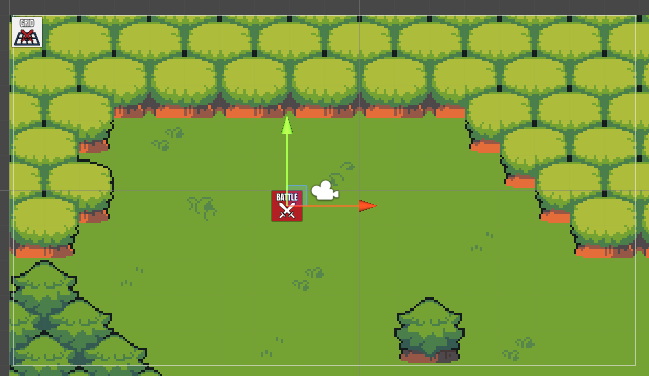 We’ll not use a scene ID, this allows us to fight this battle multiple times if we want.

The default setup is already what we need, it’ll use the default battle system (we selected the Phase battle system) and uses the nearest grid (if there is one).

This is where you can add combatants or combatant groups that’ll be part of the battle. We’ll add multiple individual combatants and want all of them to be in the battle.

That should be enough combatants – since we already placed 2 on the grid, that makes a total of 5 enemies.

Currently, the battle has no start setup enabled, i.e. it’ll not start.

We want to automatically start it when loading into the scene – we can easily set that up with the quick setup buttons.

Like in the Town scene, there already is a Camera Border game object covering the whole tilemap with it’s Box Collider 2D set up.

All we need to do is add a Camera Border component to it of them using the component menu.

And we’re done with the forest battle scene setup.

Don’t forget to save the scene.

Yes, we can already test the grid a bit.

Hit play in the Forest Battle 1 scene, the battle will start automatically (if not, add a short Start Delay in the Start Settings > Auto settings of the Battle component, e.g. 0.1 second). 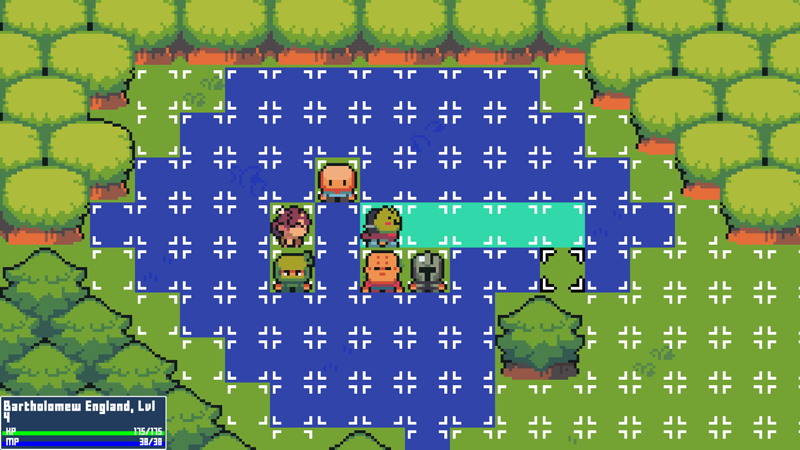 You can place your combatants and move around … but the enemy can’t. Not yet.

Next, we’ll update the battle AI to use grid move.