In this tutorial we’ll continue our initial setup.

There’s still a bit more to do before getting down to the whole fighting business. We need an interaction controller for our princess to talk to an NPC (which starts the battle), some music and a Face Camera component to keep our combatant’s sprites always rotated to the camera correctly (otherwise they’d rotate with the movement direction, more on that below).

The Interaction Controller is used to interact with any interaction within it’s trigger when the player uses the Interact key.

We’ll create a prefab that’s automatically added to the player.

Change the following settings in the inspector

Create a prefab out of the Interaction Controller (2D) game object.

Remove the game object from the scene.

Open the editor and navigate to Base/Control > Game Controls and change the following settings.

The default setup should already use an interaction controller and the accpet input key.

The Interaction Controller settings handle adding our prefab to the player.

That’s it for the interaction controller.

Next, we’ll set up some music clips.

You can find the used audio clips in Assets/Tutorial Assets/NinjaAdventure/Musics/.

That’s it for the setup.

Don’t forget to save your changes by clicking on Save Settings at the bottom of the editor.

We’re done with the editor now, so you can close it. 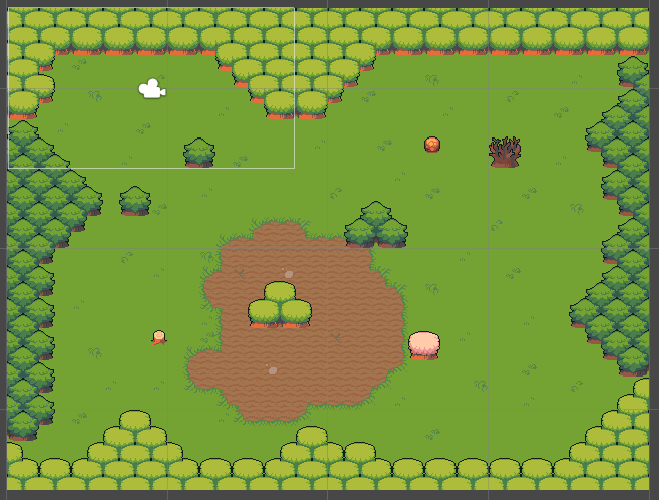 We’ll add a Game Starter and a Music Player.

The added game starter should already have your Project asset set up. Change the following setting in the ORK Game Starter component’s inspector.

It doesn’t really matter where you place the game starter.

It also doesn’t matter where you place the music player.

Save the changes you’ve made in the scene.

Open the Town scene, we’ll only need to add the music player.

It also doesn’t matter where you place the music player.

Save the changes you’ve made in the scene.

Open the CombatantBase prefab for editing, you can find it in Assets/Tutorial Assets/Prefabs/Combatants/. The structure is like this:

The Mount and it’s child objects will rotate with the root (CombatantBase) into the direction the combatant moves.

However, we don’t want this for the Sprite, which displays the combatant’s sprite. To prevent this, we’ll add a Face Camera component to it.

Equipment Viewer components are used to display a combatant’s equipment by spawning it’s Viewer Prefab. We’ll only display equipment during attacks – we’ll control this by using a bool variable on our combatants.

And that’s it for the prefab – save the changes.

Hit play in the Town scene – you don’t really see what’s going on unless you enable displaying Gizmos in the game view.

When displaying gizmos (and having the princess selected), you’ll see the mounts will rotate with our move direction.

Oh, and you can also hear the music we’ve added.

Next, we’ll randomize our combatants!