We’re done with our 3D Action RPG setup, now what?

The goal of this tutorial series was to show some examples for setting up action combat, some enemies and actions –  so that’s all it focused on. Naturally, that’s not enough for an actual game.

However, you can add all those things: Follow the 3D RPG Playground series to learn more about all these features, how they can be set up and used. Or check out the status system setup series and create a more complex status system with leveling, equipment (e.g. different weapons) and more.

The tutorial project you’ve set up (or downloaded) only used a basic Unity setup so far.

You’ll usually use post processing to improve the visuals and look of your game.

To use post processing in your project, you need to import Unity’s Post Processing package using the Unity package manager.

Here’s a quick overview on how to add post processing (after you’ve imported the package).

First, we need to add another layer that’s used for post processing. We’ll place our camera on that layer.

Open Unity’s layer settings, either via the Layers popup in the upper right corner, or via the Unity menu: Edit > Project Settings… > Tags and Layers

Next, select the scene’s camera (Main Camera in the Scene scene).

Change the game object’s layer to use the Cameras layer we just set up.

The Camera component’s Rendering Path should already be set to Deferred in the setup of this tutorial – that’s usually needed for most effects.

Add a Post-process Layer component to the camera using the component menu.

Add a Post-process Volume component to the camera using the component menu.

This component is where we’ll add the post processing effects.

There is no Profile set up yet, so click on the New button beside the Profile field to create one.

Now, we can add effects.

I’ll not go into the details on the effects – I’m in no way an expert in this.

Here’s a screenshot of the effects and settings I’m using: 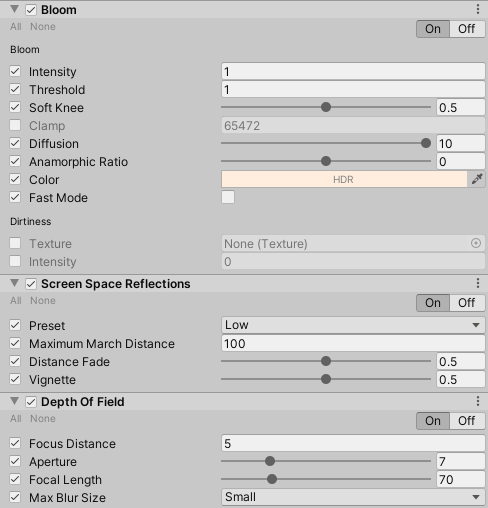 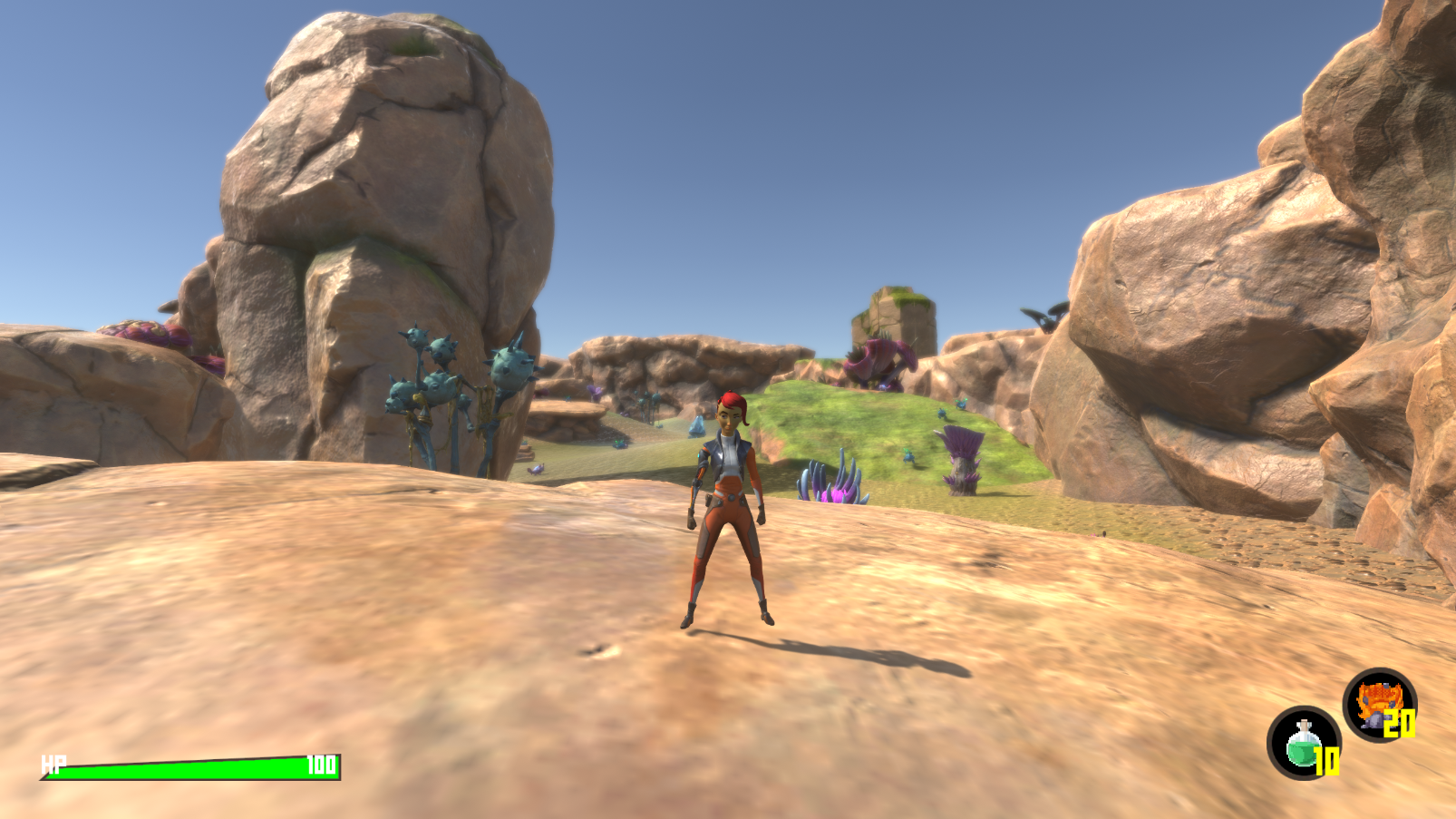 Looks a lot nicer than before.

This setup is just one example for real time action combat.

You can also use such an action combat system and put it into other battle systems, e.g. turn based or active time by allowing player controls during the player’s turn. There are a lot of ways to do things in ORK!

You can get as easy or complex as you want it, e.g. just use a simple damage setup (like in this tutorial) or use formulas, multiple status values and hit/critical hit chances, attack/defence modifiers to alter your damage and more. Whatever fits your game.