The UI system is modular and can be completely replaced with custom UI solutions.

See Makinom’s UI system documentation for all details and basics on the modular UI system.

ORK Framework’s UI is build upon Makinom’s UI system, i.e. the UI module set up in Makinom will also be used by ORK. ORK’s UI modules are imported into the Makinom 2 DLL folders:

They have to be in the same folder as ORK Framework’s and Makinom’s DLLs to ensure the correct compile order by Unity.

See this UI tutorial for a detailed look at the initial setup for the Unity UI module.

Beside the same use as in Makinom (e.g. via dialogue nodes in schematics), ORK mainly uses UI boxes in menu screens, battle menus and the Console HUD type (instead of a regular HUD setup).

ORK often allows showing additional information in buttons, e.g. the quantity of a displayed item or use cost of an ability. Since you usually want this to not show alongside the regular text of the button, this’ll use Additional Content definitions.

Using the Unity UI module, a button uses the UI Button Input component, which has setup for referencing additional UI Content components. You can use the context menu in the scene hierarchy to quickly create buttons with info and title content information.

You can often show additional information in buttons by using HUD content. This is done by either using a HUD as a template or by having a HUD setup directly on the used button (e.g. when using the Unity UI module, on the button’s prefab).

Using a HUD as a template is pretty straight forward – you select the HUD you want to use and it’ll be added to the button when the UI is created.

Using a HUD setup on the button depends on the used UI module. For the in-ORK setup however, you need to still use a HUD like when using a template, but select the -: None HUD instead.

There’s sometimes a 3rd option available, using a Shortcut UI setup of the displayed content. This is only available when something from shortcuts is displayed, e.g. the inventory menu screen. Shortcuts are instances of items, abilities and other (potentially) usable things.

ORK adds HUD types for different purposes to Makinom. Depending on the used UI module you’ll be able to mix functionality of different HUD types, e.g. the Unity UI module can mix individual components together as needed.

When using the Unity UI module, the actual HUD content setup is handled via components – you’ll create and design your HUD in the scene view like you’d create any other UI in Unity. The context menu in the scene hierarchy has many useful commands to create HUDs: ORK Framework > HUD > … 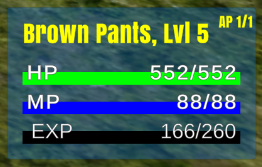 Displays information about combatant at the position of the combatant’s game object.

Displays the combatant that has the latest turn until the next combatant’s turn comes up.

The HUD will only be displayed in running battles.

This HUD type is already available in Makinom and displays a navigation bar, e.g. cardinal directions, nearby interactions, etc.

ORK adds the Combatant navigation point type to display nearby combatants in the navigation bar.

Displays information at the position of a game object.

Displays a list of quests, their tasks and requirements. Quest task requirements can also display their quantities using value bars. 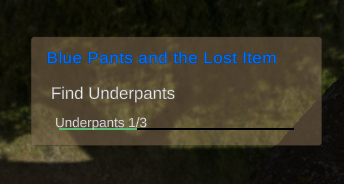 Learn more about setting up quest content in a HUD in this documetation.

Displays a timebar with individual HUDs for each combatant, moving along the timebar to represent their current timebar value. The HUD is only visible during battles using the Active Time type battle system.

Learn more about setting up a timebar HUD in this documentation.

Displays the turn order of Turn Based battles (i.e. the order in which combatants perform their actions). 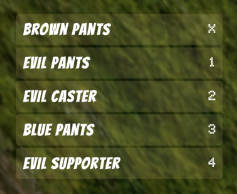 The HUD will only be displayed in running Turn Based battles.

When a HUD is only used as a template, make sure to disable Auto Display in the HUD’s settings. You can also ignore any display conditions and other settings of the HUD that doesn’t relate to displayed content. E.g. a Combatant type HUD doesn’t have to define for which combatants (player, enemy, etc.) it’d be dispalyed when used as a template.

Using the Unity UI module, the HUD’s prefab has to have either a HUD or a HUD Content Provider component at the prefab’s root.

The HUD’s prefab will be spawned by the UI Content component that displays the HUD template, e.g. the main content of a UI box or the content of a button.