This is the 6th part of the gameplay tutorial series focused on turn based grid battles – you can find part 1 here. In this part we’ll add a teleport battle to fight a grid battle in a different scene.

First, we’ll set up the grid in our battle scene – open 4 Battle Arena (can be found in Assets/Tutorial Resources/Scenes).

We need a spawn point in the scene, create a new spawn point using the ORK scene wizard (Create Object > Spawn Point) and place it at X=0, Y=0, Z=0.

The spawn point’s Spawn ID should be 0.

Add a new Battle Grid to the scene by using the ORK scene wizard (Create Object > Battle Grid) and place it at X=0, Y=0, Z=0.

Change the following settings in the Battle Grid component.

Now it’s time to paint some blocked cells on the grid – select the Paint mode in the Grid Setup and select the grid cell type you want to paint.

Paint blocked cells on the grid where you like, e.g. creating different paths.

Next, we’ll need to add deployment cells for the player.

Paint 3 cells as player deployment cells, e.g. in one of the corners of the grid.

If you want, you can also paint some Heavy Ground cells for higher movement costs on some parts of the grid. 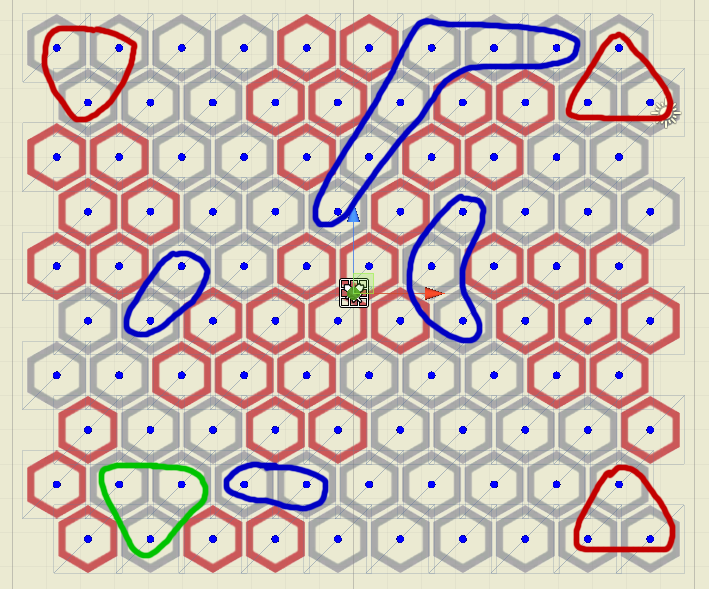 That’s it for the battle scene – don’t forget to save the changes in the scene. 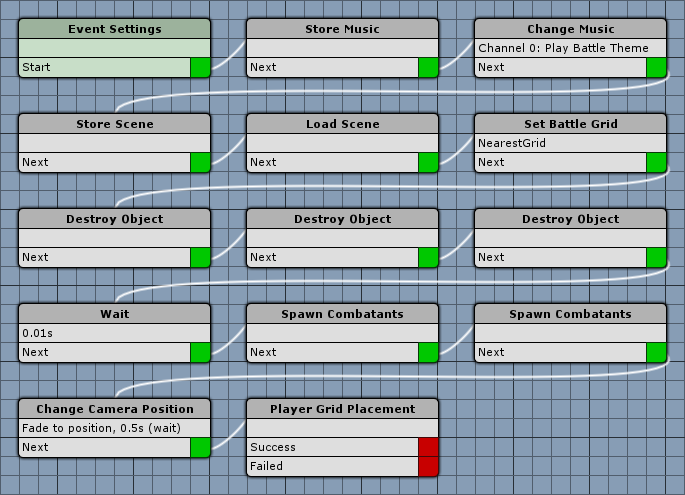 First we’ll store the currently playing music so that we can return to it after the battle.

No further settings needed, since we’re using the default channel and only want to store 1 track.

Before changing to the battle scene, we need to remember where we’re coming from.

After the new scene has been loaded, we need to set the battle grid used by the battle manually.

We need to destroy the game objects of all combatants participating in battle, as they’ll automatically be spawned when teleporting to the battle scene.

After destroying the game objects, we need to wait for a short moment before spawning the combatants on the grid again.

And that’s it for the battle start event – click on Save Event to save it, e.g. as gridTeleportBattleStart.

Finally, we’ll set up a new battle for our teleport grid battle in the field scene. Open 2 Field (found in Assets/Tutorial Resources/Scenes), use the ORK scene wizard to add a turn based battle to the scene (Create Object > Battle > Turn Based Battle) and place it where you want it.

Change the following settings of the Battle component.

Again, click on Add Group/Combatant to add another group.

That’s one tough battle – better get Blue Pants to join you before trying it.

The next grid battles tutorial will contain some grid gameplay tips.