We’ll take a look at turn based battles, factions and add the first battle to the game.

First, we’ll take a look at the battle system settings for turn based battles. Open the ORK Framework editor and navigate to Battle System > Turn Based Battles. Change the following settings.

This settings only affect turn based battles – active time and real time battles have their own settings.

These settings define how the player control will be handled during turn based battles – i.e. when the player can be moved around.

These settings define how the camera control will be handled during turn based battles.

This setting determines if Move AIs can be used during turn based battles.

That’s it for the turn based battle settings.

Factions define if a combatant is an enemy or ally of the player. You can learn more about factions in this how-to.

The default faction settings are good enough for our little game – just to make sure they’re correct, let’s look them over. Navigate to Combatants > Factions. You should have three factions:

Now, let’s check the start sympathy between the factions (this determines if they’re allies or enemies to one another). A value below 0 will make factions to enemies, while a value above or equal to 0 will make them allies. Navigate to Combatants > Faction Sympathy and check the sympathy matrix:

That’s it for the factions, but we will check if the player faction is set correctly. Navigate to Game > Game Settings. Make sure that the Player faction is selected as Default Faction (found in Player/Group Settings).

Our work in the editor is done for now – click on Save Settings and close the ORK Framework editor.

Adding a battle to the scene

Now it’s finally time to add our first battle to the game – we’ll add it to the field scene, so open 2 Field (found in Assets/Tutorial Resources/Scenes).

In the scene, navigate the view to the town entrance (where we placed our scene changer) and use the ORK Scene Wizard to add a battle to the scene: Create Object > Battle > Turn Based Battle. Move the battle’s game object a little bit down the road, so that the player will have to walk a bit before starting the battle. 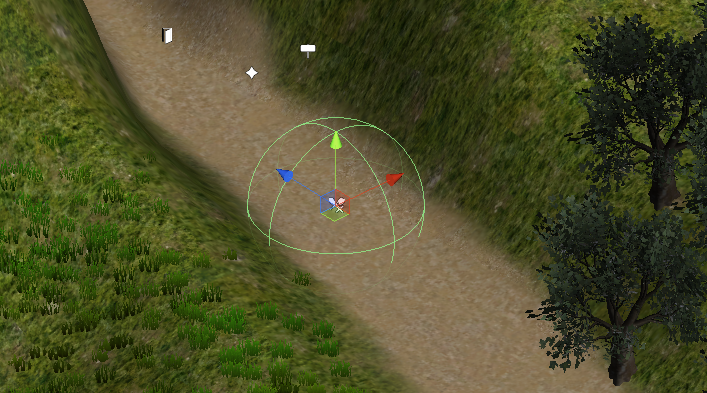 The state of the battle (if already fought or not) is automatically handled by ORK Framework – the battle receives a Scene ID when added to your Unity® scene, when the player finishes the battle, the scene ID is stored and saved with a save game. As long as the battle isn’t bound to any special occurrence (like the player has to accept a quest first) there is no need for you to use game variables to remember fought battles.

We want the battle to start when the player walks into it’s trigger (collider). Since we used the scene wizard to create our battle, most of the settings are already correct. In the Battle Component‘s inspector, change the following settings.

This setting determines who the player will fight in this battle. For our first battle, we’ll fight a single Evil Pants.

A combatant/group is already added to the battle by default, so let’s change it’s settings.

And that’s it. The rest of the settings would allow us to override the default battle spots, start/end events and other things that we don’t need for now.

Open the main menu scene (0 Main Menu) and hit Play. Walk outside of the town and into the battle. You’ll notice a few things now:

That’s because we didn’t set those things up yet. We’ll fix the hovering enemy for now – the rest will be covered in the next tutorials.

Now the battle spots will be placed on the ground, and your combatants with them.

And that’s it for now – the next lesson will cover damage/refresh flying texts.