The player needs to be able to interact with the game world, that’s what the interaction controller is used for! Picking up items, talking to an NPC … every Interact type event needs to be recognized by the player when it’s within range. 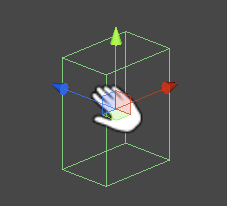 Now create a prefab out of this object by dragging it (it should be named Interaction Controller) from the scene hierarchy on the project tab. We’re done with the prefab, remove it from the scene.

Navigate to Base/Control > Game Controls and edit the following settings.

The interaction settings handle everything related to interacting with the game world, i.e. wherever the Interact start type is used for interaction components (like Event Interaction, Item Collector, etc.). 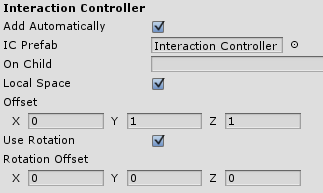 Depending on your player’s game object, you need to vary the Offset setting. To find the best offset, simply pause the game when testing and place the Interaction Controller object where it suits your player best and use it’s position (found in the inspector of the transform) as offset. 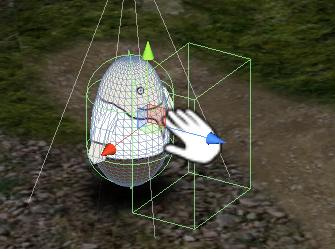 Alternatively, you can also add the interaction controller object directly to the prefab of your player, but you need to disable Add Automatically.

Every object that should be recognized by the Interaction Controller also needs a Collider component! Otherwise the trigger of the interaction controller will never receive OnTriggerEnter or OnTriggerExit events.

When testing your game, you can see the number of available interactions in the inspector of the Interaction Controller.

Also, make sure the interaction controller’s collider is as Is Trigger enabled.

< Add ORK to your game
Spawn Points and Scene Changers >