Attacks, skills, magic … a crucial part of a role-playing game – in ORK Framework all of this is packed in abilities. 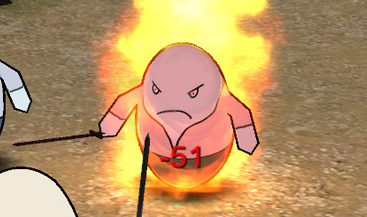 Abilities are separated into different ability types. You can define as many ability types as you need. They are created in the ORK Framework editor in Status > Ability Types.

The ability types are used in menus to optionally separate a combatant’s abilities.

Abilities are used as a combatant’s base attack (i.e. their default ability, you can also use support abilities like heal as a base attack), their counter attack and learnable abilities. Classes can also have a class ability – like the combatant’s base and counter attack, the class ability wont be displayed in an ability list, they’re only accessible in battle menus.

There are two types of abilities:

Abilities can have multiple levels – leveling up can be done in different ways:

Abilities are created in Status > Abilities.

An active ability is used against a target combatant. The target of an active ability can be the user itself, an ally or enemy – or just any combatant. It can target a single combatant, the whole group or be used as AoE (area of effect) spell. Also combatants that are nearby the target can be affected.

If the ability will hit the target is decided by the optional hit chance – also a critical hit with other status changes is available. When the ability hits a target, it can change it’s status values, status effects, class and place in the battle order. It can also steal items and money from the target, and require certain use costs (like 5 MP) and consume items on use. The changes to status values can be influenced by attack and defence attributes (learn more about attributes in this how-to).

A passive ability can’t be used – instead it can give a constant bonus to various  statuses: