This time we’ll spawn some enemies and let them hunt the player to start a battle.

To make this happen, we need to do two things:

We’ll start with the move AI. You can learn more about move AIs in this how-to.

Move AIs are used to move combatants around in the field and (optionally) in battles. To use move AIs in battles, you need to enable them for the battle system type. The move AI handles if and when enemy combatants are hunted, if a combatant follows it’s leader around and other movements, like following waypoints.

For our little game, we’ll create a simple move AI that will hunt the player on sight and move around randomly while not running after the player. Open the ORK Framework editor and navigate to Combatants > Move AIs. There’s already a default AI, so let’s change it’s settings.

While not hunting or fleeing from an enemy, or following the leader, combatants can move around between waypoints. To follow fix waypoints in a scene, you need to add those waypoints to the Combatant Spawner component (or Add Combatant component) that adds the combatant to the scene – but you can also let ORK generate random waypoints.

The combatant can use Move Events while being idle (e.g. between waypoints). You can use the move events to e.g. wait for some time, rotate the combatant or play some animation on him.

Combatants can follow their group leader – we’ll use that.

The Follow Range determines when the combatant will run after his leader.

The Give Way Range determines if and when a combatant will move out of the leader’s way (e.g. to not block him).

Auto Respawn can automatically respawn a combatant near his leader when getting too far away.

Now things are getting interesting – the enemy detection controls when a combatant notices an enemy. You can add multiple detection settings, like seeing an enemy in front of the combatant, but noticing a moving enemy all around.

Now, click on Add Detection to add a detection setting. Since we will only use this one detection, you can leave it’s range settings as they are.

These settings are used to check the target’s position and update the position the combatant moves to, as well as how to handle losing the target (i.e. target no longer being detected).

Since some movement components (e.g. Navmesh) can use a lot of calculations when updating the position, you can set the update timeout based on the distance to the target. We’ll use four different checks – click on Add Target Check to add new checks.

These settings determine if and when to hunt enemy combatants.

You can use Hunting Conditions to only hunt enemies that match certain status requirements (e.g. at least level 5). We don’t need them for now.

That’s it for the move AI.

Next, we’ll define the range at which a battle will start if an enemy comes near the player. Navigate to Battle System > Battle Settings and change the following settings.

Here we can define the Battle Start Range – the range the combatant must reach to start a battle with the player.

Combatants can individually override these settings, e.g. if you want a combatant to start battles from farther away. That’s it for the battle start range.

Adding the move AI to the combatants

Now that we have our move AI, we need to add it to the combatants who are going to use it – in our case, that’s the enemy combatants. When hunting the player, a battle will automatically start once the enemy gets within a defined range.

That’s it – click on Save Settings and close the ORK Framework editor.

Open the field scene (2 Field, can be found in Assets/Tutorial Resources/Scenes/) and move the scene view to the path to the right of the town entrance. We’re using a Combatant Spawner to add our combatants to the scene.

Combatant spawners can be used to either spawn combatants on a single spot, or randomly within an area (trigger) – and killed combatants can be automatically respawned. The combatant spawner also determines the battle system type of the combatants. We’ll use the ORK Scene Wizard to add a spawn area to the scene: Create Object > Combatant Spawner (Area) > Active Time Battle 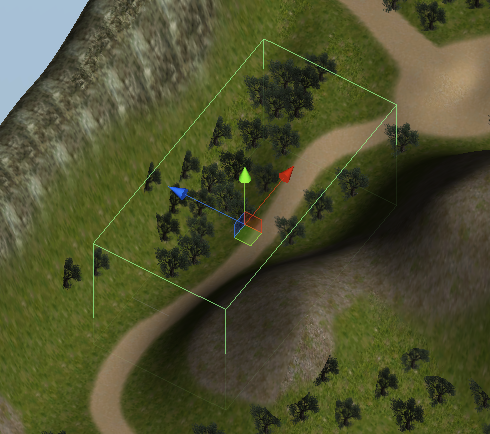 Now it’s time to set up the combatant spawner – change the following settings in the game object’s inspector.

Since we used the scene wizard to create the combatant spawner, the Battle Type should already be set to Active Time.

Like in Random Battle Areas, you can use a different game object with a Battle Component attached for battles started by spawned combatants. If you don’t select a game object (that’s what we’ll do), a new game object will be created for each battle.

The comatants are spawned using raycasts at random positions within the spawner’s collider. The raycasts start at the top and end at the bottom of the collider, so make sure the box starts above the ground and ends below it.

Feel free to add some more combatant groups, my suggestion:

That’s it – save the scene.

Open the main menu scene (0 Main Menu) and hit Play. Walk outside of town and into the area where you placed the combatant spawner.

You’ll now see them walking around – and hunting you if they spot you. 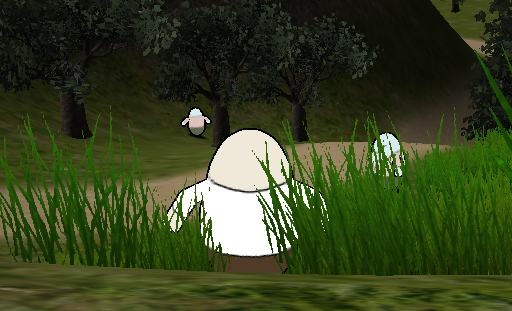 You can add them using the scene wizard: Create Object > Block Combatant Spawn

And that’s it for now – the next lesson will cover damage dealers and damage zones.