Our first battle used a single combatant – creating Combatant Groups will help us save time when fighting multiple combatants.

A combatant group is a predefined group of combatants that can be used in battles and by Combatant Spawners. This way you don’t have to put together combatants for each battle – simply create a group that will occur in multiple battles, and change it when needed to affect all battles. Combatant groups can also hold additional victory gains.

There is already a combatant added to the list. The first combatant is always the leader of the group. You can also change the start base/class level of the combatant – e.g. depending on the player’s level. Since our combatants are only set up for a single level (without status development), we don’t need to use this feature.

This time we copy 2xFighter and change the following settings.

This time we create a new combatant group.

That’s it for the combatant groups.

We’ve already set up the turn based battle settings when we created our first battle. Let’s make some small changes before setting up another battle!

Navigate to Battle System > Turn Based Battles and change the following settings.

Let’s make the turn based battles feel slightly more action-packed by using the Active battle mode. This will let combatants use their actions right after they chose them – the next combatant will get his turn when the previous action ended. In currently used Classic battle mode all actions are chosen first and performed in sequence after the last combatant chose his action.

That’s it for the turn based settings – click on Save Settings and close the ORK Framework editor.

It’s time to add another battle to our game – this time we’ll use our battle groups. Open the field scene (2 Field, can be found in Assets/Tutorial Resources/Scenes/).

Use the ORK Scene Wizard to create a new battle: Create Object > Battle > Turn Based Battle

Place the new battle somewhere on the road near the trees (just ahead of the first battle). 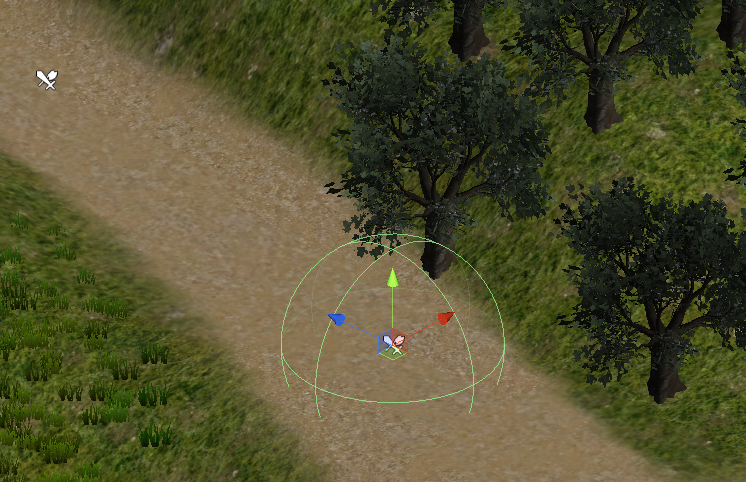 The new battle will automatically receive Scene ID 1, since we already have scene ID 0 on our first battle.

Change the following settings in the Battle Component’s inspector.

The settings should already be correct, check them.

Now it’s getting interesting – we’re adding multiple combatant groups, which one we fight will be chosen randomly.

You’re free to select whatever combatant groups you like, just make sure that you set:

If the faction of a combatant or battle group isn’t an enemy of the player (i.e. sympathy below 0), there wont be a battle. Allies don’t fight each other.

My suggestion for the battle groups – since this is only our 2nd battle, let’s stick with the smaller groups consisting of two members:

Tip: If you want one of the combatant groups to be selected more often, just add it multiple times to the battle!

That’s it, save the scene.

It’s time to test again – remember that there is still the first battle in our way, so we either have to fight (and win) it, or you can deactivate it for now by deactivating the game object in the inspector.

Open the main menu scene (0 Main Menu) and hit Play. Walk outside of town and into the 2nd battle (after finishing the first, if still active). 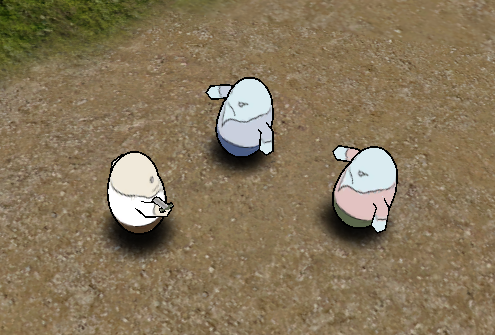 It’s getting harder to win against those guys …

And that’s it for now – the next lesson will cover active time battles.