Game starters are crucial to starting ORK Framework and your game – learn more about them and where they’re used.

Game starters are Unity components that are added to game objects. They’re used to initialize ORK Framework and Makinom and load a selected project’s data.

A game object with a game starter is represented in the Unity scene view by these gizmo icon:

You can’t use machines or any other ORK/Makinom functionality without first initializing ORK and Makinom with a game starter.

The most important setting of the game starter is the Project Asset:

There are 2 versions of game starters available:

It doesn’t matter which game starter you use – both will initialize Makinom and ORK. 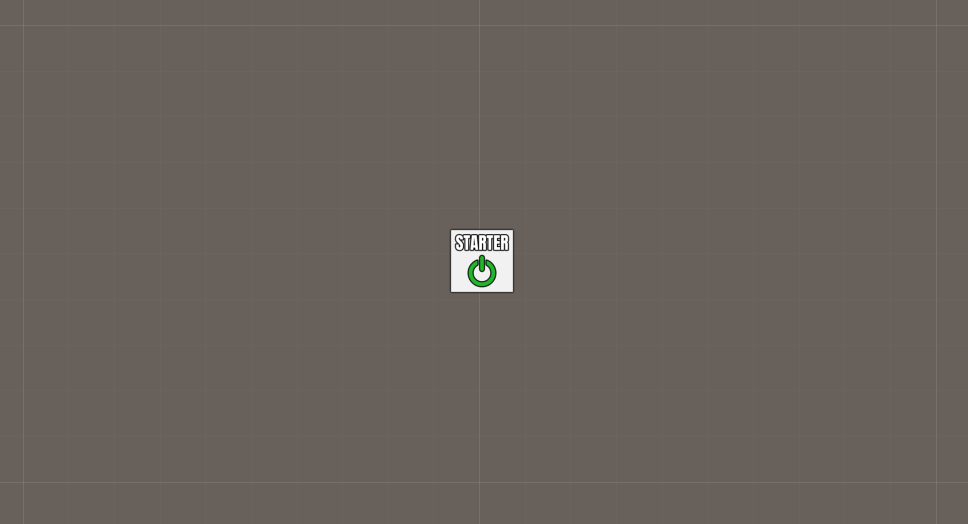 Otherwise, you can add a game starter component to a game object through the components menu (Makinom > Makinom Game Starter or ORK Framework > ORK Game Starter).

Since you’ll often just want to test a scene you’re currently building, you’ll also need to add a game starter to that scene as well. Otherwise, you’d need to go through your start scene where you’ve added the game starter.

Enable Start Game in the game starter’s inspector to start a new game when initializing ORK/Makinom – this will be the same as starting a new game (e.g. via ORK’s start menu) and use ORK’s start schematic (UI > Start Menu), but without loading ORK’s new game scene.

You can also execute a schematic after Makinom is initialized, select it in the Start Schematic Asset setting of the game starter.