Formations are used to place combatants around their group leader.

A formation defines positions for group members, using the group’s leader as it’s center. They are set up in Combatants > Formations.

The formation positions are used to:

In battles, the leader is placed at a defined battle spot, while the other group members use the formation positions to place their battle spots.

Field positions are used in the field (i.e. out of battle).

The position is used by the move AI when following the leader.

Battle positions are used in battles.

The position is used by the move AI when following the leader and to place battle spots.

The battle positions can copy the field positions to avoid having to set up the same positions again.

Individual positions can be set up in a UI in the editor. The leader (L) will always be placed in the center of the formation. 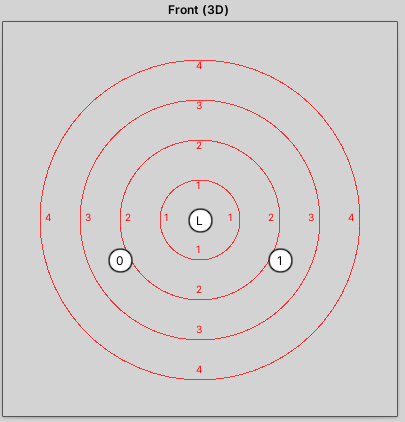 You can add and remove positions using a right-click. Added positions can be moved around by dragging (left-click).

Positions can also be defined directly as Vector 3 values. Position placement can be in local space of the leader (i.e. following the leaders rotation) or in world space.

Formations need to be active to be used by combatants in a group.

They can be activated/used in different ways.

Combatant groups can define using a formation from the start, i.e. they’ll use the formation when they are created.

Learn more about combatant groups in this documentation.

Battle AI and schematics have nodes to change and check the formation of combatants.